The X Factor Greece Final, which aired on July 20th on Skai Greek Television, produced this year’s series winner; he is Cypriot singer Panagiotis Koufogiannis. He landed a recording contract with FeelGood Records and he drove away on the night, with keys to a brand new car. Well, that’s an extra perk, you won’t ever likely see on the UK’s X Factor…

The host, pop legend Sakis Rouvas announced the result, which coincidentally turned out to be an all ‘Cypriot’ Top 2 finalists line-up, between fellow Cypriots Panagiotis and the second-placed Soula Evaggelou; trailing third were the group Deevibes.

The judges comprised famous Greek singers Tamta, Giorgos Papadopoulos and Bambis Stokas – but Panagiotis had the winning coach, in the shape, of none other than acclaimed Greek artist Giorgos Mazonakis. He managed to beat his coach rivals upon making his debut as a mentor on the X Factor programme.

Born to Cypriot parents in Strovolos, our victor underwent his music studies at the well-known, prestigious, favourite to many Cypriot artists and locals musicians, the Berklee College of Music in the States.

The 28-year-old first competed at the Cypriot Eurovision heat stages in 2015, finishing as the runner up to John Karayiannis. He would one day like to fly the Cypriot flag at the Eurovision Song Contest. We guess then, achieving a very famous X Factor victory will certainly, be a very good thing for his chances…

Here at London Greek Radio, we would like to congratulate Panagiotis on being crowned the X Factor champion and wish him all the very best for the future.

You can watch his X Factor performance here, with Panagiotis giving us a cover rendition of ‘Can’t Feel My Face’ by The Weeknd:

Greek champions Olympiacos Pireaus completed the comfortable 5-3 aggregate victory, over Partisan Belgrade, following a 2-2 result at the Stadio Georgios Karaiskakis. Last week’s 3-1 away victory in Belgrade virtually made sure they went into Wednesday game as the tie-favourites to win.

Carcela-González and Fortounis twice give Olympiacos the lead; for the Serbain side Soumah and Djurdjević responded, levelling the scores in Athens.

The Greek side is into the Friday’s play-off draw.

Meanwhile, AEK Athens had suffered their second defeat at the hands of CSKA Moskva, with a 1-0 loss at the Moscow stadium, on Wednesday night. A Natcho ’74 minute goal confirmed the Athenian side’s exit, 3-0 aggregate loss, overall. 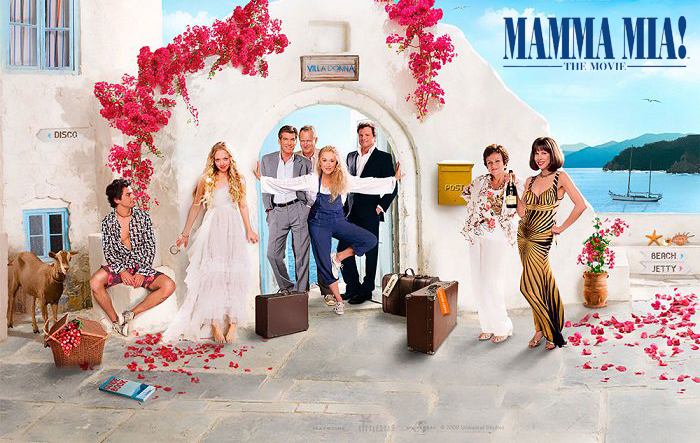 One of the most popular and feel good films of this decade is marking its 10 year anniversary next July. Filled with songs, sun, sea and a whole lot of mystery, Mamma Mia stole our hearts back in 2008 with its sensitive storyline and glorious Greek coastline. We found ourselves singing and dancing to the legendary ABBA hits, while watching the characters run along the sandy beaches of Skopelos.  The ending definitely left the whole world shouting “Gimme! Gimme! Gimme!” a sequel, and although it has taken them ten years to do it, fans of the film are ecstatic that a follow up is its way.

But for the people of Skopelos however, it is a bitter sweet moment. For financial reasons, film makers have decided to shoot in Croatia, on the Dalmatian island of Vis, leaving the beautiful scenery of Skopelos behind. Islanders are devastated by the move as not only did the movie make £460 million, but there was an immediate increase in tourists to islands across the Aegean Sea; this simply wasn’t a coincidence. The film was definitely what captivated hearts worldwide and convinced holiday makers to discover these immaculate islands for themselves.

The reason behind the film’s upheaval is that production measures differ greatly in Greece as opposed to Croatia. For one, permits are not required in order to film in Croatia, and here, subsidies are offered to the film’s production team. Furthermore, due to legislation passed in 2011, foreign productions are excluded from tax return policies, so this upheaval is one to ensure film makers are not breaking the bank and it seems Croatia is to be the cheaper alternative.

Regardless of where the sequel is set, I have faith that it’ll recapture our love for this monumental  film, and the director, Ol Parker will not dare to disappoint. However, I guess time will tell, and come July 2018 we will all see if the sequel lives up to the original, and if not,  it’ll stand true that it really is the Greeks that do things best.

The UK Government has repeated its position that it is ready to accept any possible agreement between the remaining parties involved on the Cyprus security and guarantees issue.

A Foreign office spokesman said that “on security and guarantees, we always made clear that we are open to whatever arrangements the two sides and the other Guarantor Powers could agree on in order to meet the security needs of a reunited Cyprus.”

The position is outlined in a letter, dated 26 July, to member of the UK Cypriot community, Doros Partasides, a distinguished photographer and active member of the community who along with other UK Cypriot refugees from the occupied part of Cyprus had asked the Minister for Europe Sir Alan Duncan for the UK Government’s support at the Conference for Cyprus that took place last month in Crans Montana, Switzerland.

The member of the Cyprus desk at the Foreign Office signing the letter states: “It is disappointing that the Conference on Cyprus at Crans Montana ended without agreement. The Government continues to work for a just and lasting settlement in Cyprus that will benefit all Cypriots. We are encouraging all parties to reflect on the outcome and consider next steps.

“On security and guarantees, we always made clear that we are open to whatever arrangements the two sides and the other Guarantor Powers could agree on in order to meet the security needs of a reunited Cyprus”.

UN-peace talks at the Swiss resort of Crans-Montana took place between June 28-July 6 but failed to reach any fruitful results.

The talks, under the auspices of the UN, aim at reuniting Cyprus, divided since the 1974 Turkish invasion, under a federal roof.