On 8th October 1983, LGR began transmitting to the Greek and Cypriot community, as a pirate radio station and officially joined the FM airwaves on 13th November 1989.

In the mid-1980s, tens of thousands of people signed a petition demonstrating the need for LGR to have a real presence within the community.  The signatures were handed to the relevant authorities which subsequently contributed to the station being licensed by the radio authorities.

The book, ‘London’s Pirate Pioneers’ by Stephen Hebditch tells the story of the capital’s pirate radio stations and the people who helped change the British broadcasting system.

He writes about LGR’s undeniable legacy in the eighties and the intense pressures it faced to shut the station down.  However, London Greek Radio became Britain’s first-ever licensed ethnic radio station upon being awarded its license.

Over the years, London Greek Radio has become steadfast to a wide range of listeners; from maturing-settlers-to-the-UK to the coming-of-age of British Greeks and Cypriots – connecting listeners to their roots through a carefully balanced programming of music, speech, entertainment and news.

Today, in addition to serving communities on 103.3FM, LGR has been taken into 21st-century broadcasting by joining the Digital Radio platform.

Furthermore, listeners extend worldwide at www.lgr.co.uk and the station has a free app for mobile devices which listeners can download from the App or Play stores embracing the ‘on-the-move’ audience.

He added, “LGR is undergoing a revamp with fresh ideas to attract an even wider audience.  Exciting times ahead ‘onwards and upwards’.”

“It’s this enigmatic reason that the station remains the preferred choice in most Greek and Cypriot homes, offices, shops, factories, workplaces, vehicles and venues.”

On FM, Online, on your Mobile and On Digital Radio, This is LGR (London Greek Radio) ‘THE HEARTBEAT OF THE GREEK COMMUNITY‘. 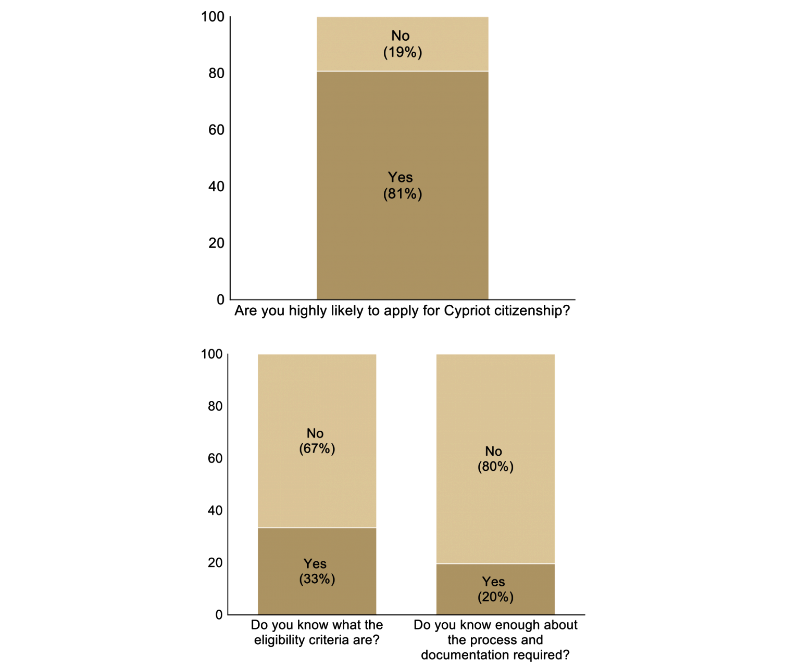 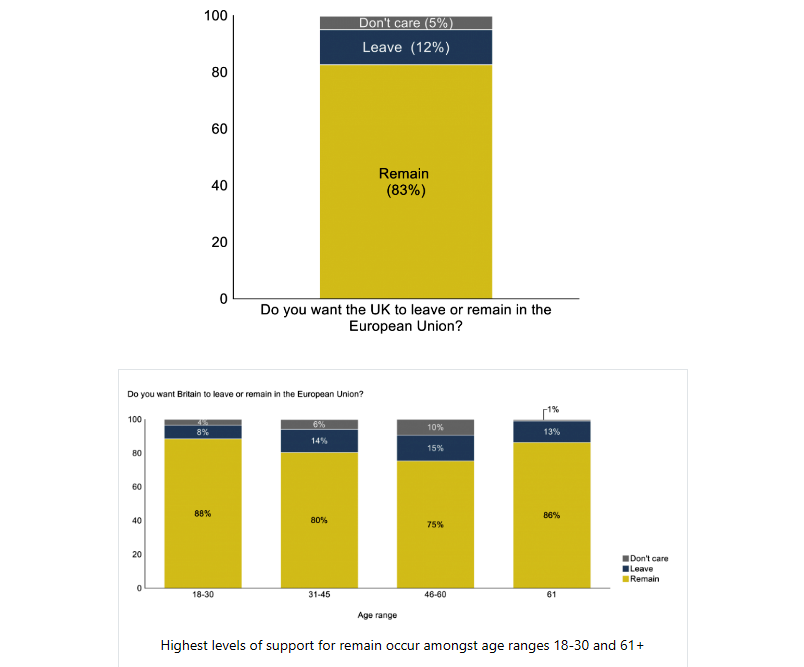 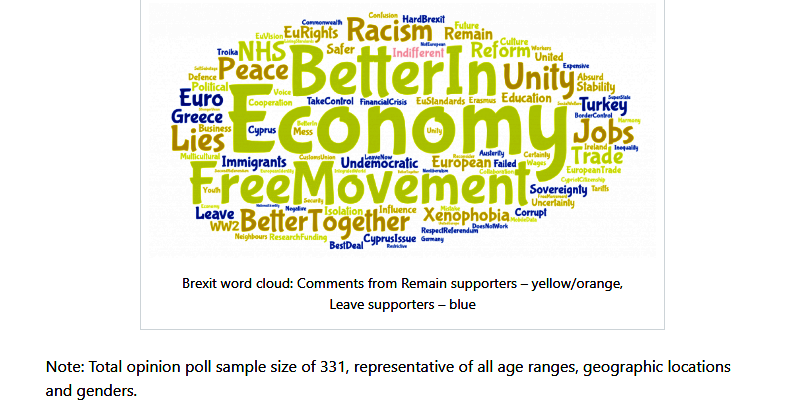 Article written by National Federation of Cypriots in the UK

Bank of Cyprus announced on Friday 23/11 it had completed the sale of its wholly owned subsidiary bank in the UK, Bank of Cyprus UK Limited and its subsidiary Bank of Cyprus Financial Services Limited, to Cynergy Capital Limited following the receipt of the necessary regulatory approvals from the Prudential Regulation Authority and the European Central Bank.

The decision to sell the UK Group was in line with the Group’s strategy of delivering value for shareholders and focusing principally on supporting the growing Cypriot economy, the bank said.

Half of the base consideration together with the purchase price adjustment was received upon completion and the remaining half is deferred over 24 months, without any performance conditions attached, the bank said

In addition, the Group and BoC UK have signed a cooperation agreement, under which both organisations will cooperate in a number of key areas going forward, including continuity of servicing for existing customers.

The Management and Staff of London Greek Radio would like to invite you to their pre-Christmas Dinner & Dance, 2018. The festive season kicks-off with live music and food on Sunday 25 November at 6 pm. We are also excited to announce entertainment for this evening includes the renowned Cypriot singer Konstantina, for a 1-night exclusive performance. Not to mention live music by Elizabeth Chapman, George Gregoriou on bouzouki, Nikos Savvides on guitar and Giannakis on the keyboard. 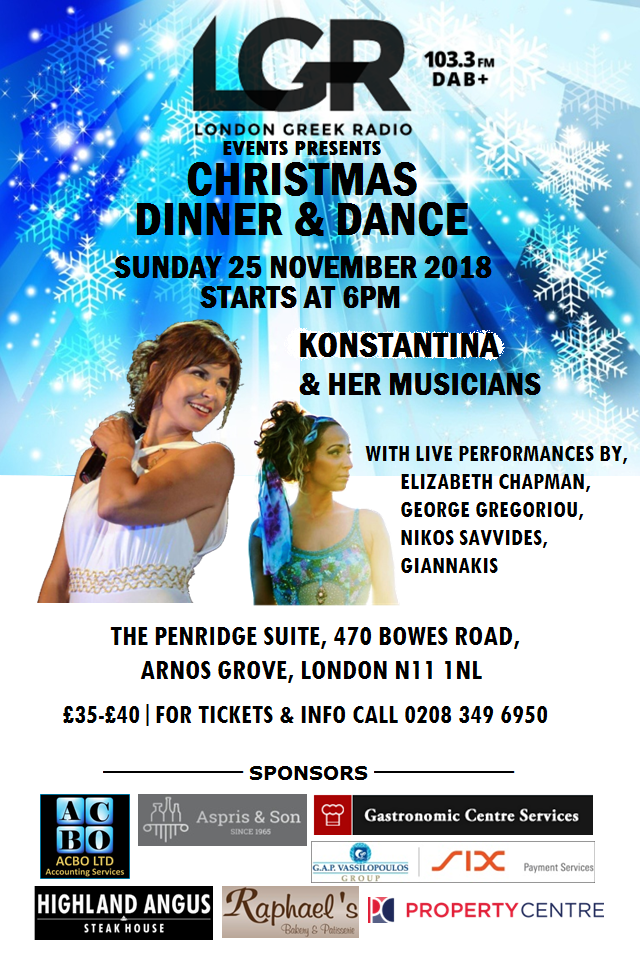 In 2018, our time has also been spent putting together events, such as this one, where all members of our community could come and celebrate our culture together.

This event is sponsored by:

Experienced London estate agent, Karl Knipe, with over 30 years’ experience in the industry, is hosting the LGR’s series, “The Property Show.” Karl, partner of Kings Group (15 branches across North London, East London, Hertfordshire, and Essex), discuss a variety of issues each month, ranging from house prices and Brexit, to stamp duty, and the buy-to-let market, as well as, wealth management. Karl is joined by experts of various sectors in the industry.

Our specialist guests in the seventh one-hour episode;

Stuart has been with the Kings Group since 2007. During these 11 years, he worked predominantly in the Edmonton area and has become as synonymous with Edmonton as, The Green itself….! In 2018 Stuart was nominated for an individual award for Customer Service at the prestigious ESTAS (Estate Agent of the Year Awards)!

Philip is a Director of Strettons, a well-established north-east London based firm of Chartered Surveyors and Auctioneers. He has been with the firm for over 30 years, he first debuted on the auction rostrum in 1994. Philip has been running the auction team for the past 10 years, and overseas the sale of about £80 million property a year, comprising a wide range of land and buildings in London and around the UK, and sometimes further afield, including Cyprus where Strettons have held several auctions.

Stuart is a Business Development Manager at Pattinsons, the UK’s fastest growing online auctioneer. He has been with the firm since June 2018, he works in property auctions for the past 11 years in London, the South East, and Bath. Stuart has been involved in the sale of over 3,000 auction lots, across the length and breadth of the UK, including public toilets and a country mansion – and everything in between! 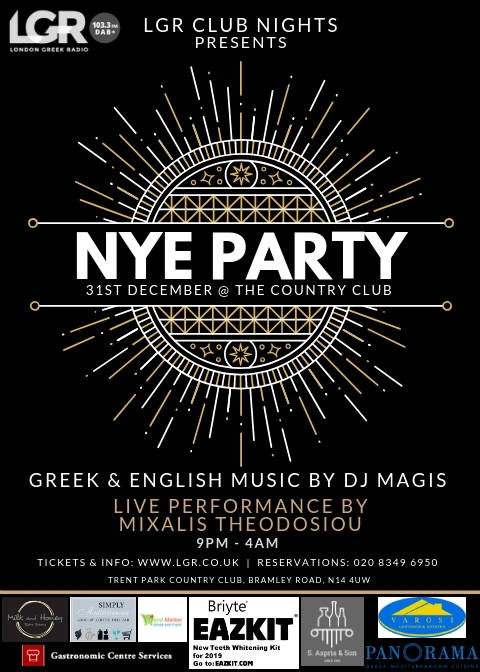 NYE PARTY at The Country Club

Join us for the party of the festive season, featuring DJ Magis on the decks and live musical entertainment by Greek singer Mixalis Theodosiou.

Mixalis is expected to fire-up the atmosphere for what is said to be one of the biggest live Greek parties of the year.

DJ Magis will be mixing Greek & English hits, all night long. Fusing all the best Modern Laika, Greek Club, Greek Classics and Zeimbekika with all the biggest English hits of the decade.

Early bird tickets have now SOLD OUT! Standard tickets are available for £25. For table packages please contact Vassoula at London Greek Radio on: 0208 349 6963.

Event tickets are available to purchase below. Or to avoid paying the online booking fee, tickets can also be purchased over the phone by calling LGR on 0208 349 6963.

To buy tickets for this event please visit our events page: New Years Eve at the Country Club Trent Park tickets from Skiddle.