Join us, for an End Of Summer party like no other!

Andreas Michaelides will be on the decks  mixing up a fusion of Greek Club, Greek Classics and English Floor Fillers.

PLUS Greek singer Eleni Hatzidou will be live singing all the biggest Greek hits from the last decade! Joining her on the night will be Kyriacos Georgiou kicking off the party with more live musical entertainment.

Get your tickets for just £20 and join us for an End Of Summer Party like no other! Securely book your tickets here now:

To buy tickets for this event please visit our events page: The End Of Summer Party Ft. Eleni Hatzidou tickets from Skiddle.

NATASA THEODORIDOU LIVE AT THE BARBICAN 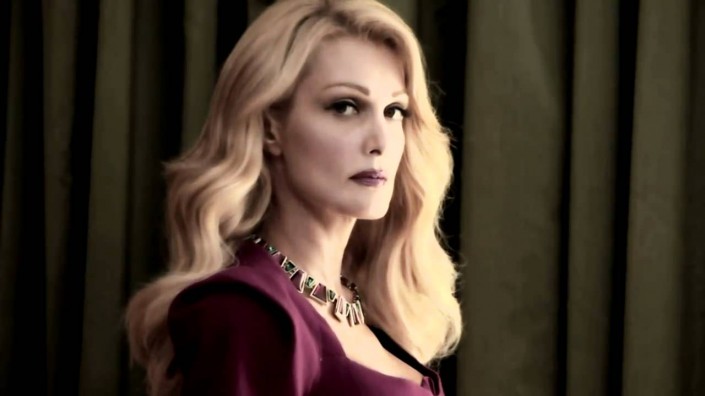 Embrace the dramatic and brooding music of one of Greece’s most loved singers, as she performs old favourites from across her career alongside new material.

Combining the unmistakeably Greek twang of bouzouki strings and rolling drum rhythms with sensuous vocals, Natasa Theodoridou’s music manages to stay deeply rooted in its heritage whilst borrowing equally from pop styles from around the globe.

Live, it’s impossible not to be caught up in the infectious rhythms she weaves songs which will stay stuck in your head for weeks after.

Stop everything and have a listen, right here:

This Sunday Cypriot’s march on Central London at this July’s anti-occupation rally, as this month marks 41 years since invading Turkish troops seized and occupied the northern one third of the Cyprus Republic, infringing and violating the territorial sovereignty of the Cypriot state, on the fateful tragic day, on July 20th 1974.

The protest rally begins outside Turkish Embassy in Belgrave Square at 3pm and marching on to Trafalgar Square for the main event itself.

Those gathered will be addressed by the Cypriot Minister of Agriculture Nicos Kouyialas and, pro-Cyprus British MPs will be giving short speeches to show their mutual support and solidarity to speed up efforts to put stop to the continuing division on the island.

The newly elected president of the National Federation of Cypriots in the UK, Christos Karaolis, urged Cypriots to pull-off this ”one small sacrifice” by their presence at the march, adding their voices to the cause and urging the UK Government’s backing to a ”just and sustainable solution” and one that brokers agreement to reuniting the country as a whole.

Christos Karaolis, the president of the National Federation of Cypriots UK…

Speaking to Drive Time host Tony Neophytou, Mr Karaolis, directly appealed to listener’s patriotic instinct. ”The fact you are listening to LGR means that something inside of you says you are a Cypriot, something inside of you makes you feel passionate about Cyprus be it whether you are born on the island or not, something inside of you feels passionate and I would ask you to demonstrate that passion this Sunday by turning out at 3 o’clock outside the Turkish Embassy on Belgrave Square where we will set off towards Trafalgar Square arriving there at 4pm, where we will joined by guest speaker minister of Agriculture for Cyprus, Nicos Kouyialis and parliamentarians… ”

”On the island there’s fresh momentum for a solution, there’s a new round of talks kicking off… we want to show our support here in the UK, that as British Cypriots, we still care deeply about what is going on in the island… we want to see our island reunited”.

”I would encourage everyone whatever their age to turn out and be there with us this Sunday, it’s a small sacrifice that we ask people to make for Cyprus but that small sacrifice if we can do it united as a community we’ll send a message loud and clear to our government here in the UK that as British voters this as an issue is important to us,” the president emphasised.

The umbrella wing, to some 80 associations of Cypriot villages to political parties and professional bodies, the federation has two key goals Christos explained.

”And I guess our goals are two fold first and foremost to lobby the government here in the UK to do what it can to help find a just and sustainable solution to the Cyprus issue, and secondly, as a federation to mobilise and advance our community here, we are a community in the UK and we are here to stay, and as a federation we are looking to mobilise and advance it in all walks of life”.

On Tuesday July 7th, a picket will take place outside the House of Commons from the Missing People’s Association and the Cypriot Federation, and a lobby of the chamber will occur at 7:15pm to 9:15pm with MPs being quizzed on their policies and thoughts to Cyprus, Mr Karaolis underlined… ”politicians across the political spectrum coming to join us to talk to us about their ideas on Cyprus and also more importantly to allow members of the community to put their questions to elected representatives about their doing for Cyprus…”

The UK government has reiterated, during a debate at the House of Lords, its offer to “surrender” parts of the land in the British Bases back to a reunified Cyprus, once a comprehensive settlement has been reached.

Asked whether the offer initially made over ten years ago is still on the table, the Earl of Courtown Lord Stopford representing the government said: “The Foreign Secretary confirmed to Parliament on 1st June this year that the UK has made this generous offer that as part of a proper comprehensive settlement, we will surrender nearly half of the land mass of the SBA territories.”

Britain, a former colonial power, has retained two military bases in Cyprus, since the country gained its independence in 1960. Britain along with Greece and Turkey are the three guarantor powers of the Republic of Cyprus, according to the 1960 treaties that established the Republic.

The question was posed by Lord Anderson of Swansea who initiated the debate at the Lords’. The Labour life peer also asked “how it is that the guarantor power status still appears relevant when it is not and Cyprus is now a full member of the European Union?”

The government representative replied that “the United Kingdom meets its current obligations under the Treaty of Guarantee through support of the UN-facilitated settlement process, which is aimed at achieving a bi-zonal, bi-communal federation with political equality as defined by the relevant UN Security Council resolutions. This arrangement is not altered by Cyprus’s membership of the European Union.”

In his initial statement, the Earl of Courtown said that the UK government welcomes the “renewed sense of optimism” surrounding settlement talks in Cyprus. He added that both Cyprus President Nicos Anastasiades and Turkish Cypriot leader Moustafa Akinci are committed to a settlement and that their positive leadership is creating a real sense of momentum.

“There is now an opportunity for the sides to reach a just and lasting settlement. We hope the leaders will use the impetus that exists to make progress on key issues. UK will continue to support the UN-led process and both communities,” added the Conservative peer.