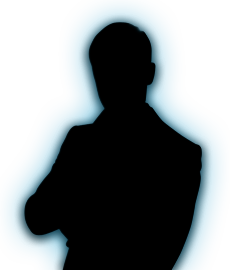 CYPRUS PRESIDENT: THIS EU SUMMIT WAS ONE OF THE MOST PRODUCTIVE

This EU summit was one of the most productive meetings the EU has had, as far as the discussions among the member states are concerned, Cyprus President Nicos Anastasiades said here today, departing from the European Council building after the informal meeting of 27 EU leaders without British PM David Cameron.

“It was one of the most productive meetings we had as the EU. And creative. And I am talking about our discussions. Everyone was worried about the current situation in Europe: Euroscepticism, nationalist movements and other causes,” said the President of the Republic.

He said the EU heads of state discussed “the need for the new British government to notify the EU at the earliest possible, so as not to prolong the uncertainty, which creates multiple problems.”

“More importantly, however, as a result of the decision of the British people, we reflected on the actions that need to be undertaken, so that finally the people feel that Europe is theirs and not something remote or foreign to own their country,” he added.

Asked whether any specific decisions have been taken, President Anastasiadis replied that “a joint statement will be released and then there will be a specific plan in order to have what we call more Europe, or more effective European policies”

President of the Republic Nicos Anastasiades leaves on Monday for Brussels to participate in the European Council Summit on 28 and 29 June.

The Council will discuss the outcome of the British referendum, migration, issues concerning employment, growth and investments as well as the EU’s foreign relations.

The President of the Republic will be accompanied in Brussels by the Government Spokesman Nikos Christodoulides.

President Anastasiades returns to Cyprus in the morning of 30th June.

Efforts to put out a huge blaze which broke out on Sunday and destroyed large areas of a Cypriot forest in the mountainous Solea region of Nicosia District and has so far claimed the lives of two firefighters were renewed on Wednesday morning.

The ongoing effort takes place on the ground and by air.

A meeting has been underway this morning at the coordinating centre which has been set up in Galata village with the participation of Ministers of Justice and Public Order Ionas Nicolaou and Agriculture, Rural Development and Environment Nicos Kouyialis, as well as Deputy Chief of Police Kypros Michaelides.

In the meantime, the Department of Forests has issued through twitter an urgent call for volunteers. Those able and interested to help can contact the department on 22608535.

A second forest fire fighter lost his life battling the fire in the Solea region, situated along the main Nicosia–Troodos road, the Police said on Tuesday.

President Anastasiades at the head of the table chairing a meeting

President of the Republic, Nicos Anastasiades, expressed his deep condolences to the family of the deceased reassuring that the state will stand by the family.

“It is with great sorrow that I was informed late last night about the death of forest fire fighter Marios Aristotelous, who succumbed to his injuries while on duty in the battle to extinguish the disastrous fire in the Solea region,” the President said in a written statement.

Fourty four-year-old, Marios Aristotelous, was in the same vehicle as forest fire fighter Andreas Sofocleous who also succumbed to his injuries on Monday.

Their vehicle was overturned in their effort to put out the fire, still burning in the Solea region.

Andreas Christou, Spokesman for the Department of Forests told the CNA that aircrafts started again their operations on Tuesday morning to extinguish the huge fire.

“Forces are deployed around the perimeter of the fire,” he said.

“The main fronts (of the fire) are active, but because there is no wind we are making a great effort to extinguish the fronts,” he noted.

Firefighters, officers of the Forestry Department, the Civil Defence, the Army, the Police Force, the local councils and volunteers are working to extinguish the fire, that broke out on Sunday.

Greece and Israel have also sent aircrafts to help the Cypriot authorities.

The President of the Republic of Cyprus Nicos Anastasiades has urged UK Cypriots  to reject Brexit.

In  an exclusive interview with the London Greek Radio (LGR) on Thursday morning, President Anastasiades applauded the National Federation of Cypriots in the UK for urging the members of the populous ethnic community to vote for remaining in the EU.

“An exit (of the UK) from the EU would not only affect Europe in general, but more particularly our home country, Cyprus,” said President Anastasiades.

He elaborated saying that an exit would most probably lead to a devaluation of the sterling. “This would have consequences for us if you take into account that 40% of tourist arrivals in Cyprus come from the British market. There could also be repercussions on trade between the two countries, with Cypriot exports to the UK having reached 8%, the same as the imports from the UK.”

He added that other problems could occur, such as the right of Cypriot students in universities around the UK to secure loans, currently under the same terms as the ones for British students.

“For these reasons I extend a warm call to our Cypriot compatriots and more widely to the Greek origin citizens living in the UK who have a right to vote, to position themselves positively towards Britain remaining in the EU,” said President Anastasiades.

He also said that the Commonwealth, presented by the “Leave” campaign as a block of international cooperation that the UK should explore further following an exit from the EU, “cannot be a substitute for the benefits offered by the European Union.”

President  “cautiously optimistic” over the outcome of the settlement talks

The announced intensification of  talks between the leaders of the Greek Cypriot and the Turkish Cypriot communities aims to tackle the remaining differences and, should there be good will and mutual respect, achieve a settlement to the Cyprus issue “as soon as possible”, Cyprus President Nicos Anastasiades told London Greek Radio (LGR) .

“What I would like to make clear,” said the President of the Republic of Cyprus, “is that there should be no false impressions as to the possibility of an immediate breakthrough; there are still problems which need to be addressed in a way that the outcome would be a functioning and viable state, abiding to the principles and values of the EU and able to fulfil its obligations as an EU member state – thus the intensification of the talks.”

Asked whether he was optimistic about a settlement before the end of the year, President Anastasiades replied that “if there is be truly good will in the framework of the talks, then I wouldn’t just hope, I could feel certain.” He noted, however, that this is not a matter for only both parties to the talks, but also for Turkey. “This is why I am cautiously optimistic. I’d like to hope that Ankara has been weighing the benefits of a settlement.”

Referring to the Cypriot economy he said that the positive results of the consistent application of the bailout programme, which Cyprus recently exited, have already started being noticed, such as the positive growth rates and the downward trend in unemployment. He admitted though that there are still things to be done, as the depth of the crisis could not have been dealt with in only three years.

Come and join us for “The Start of Summer Party” a night full of Greek music.

This will be a summer party like no other featuring our very own DJ’s Andreas Michaelides & Andreas Demetriou. They will be mixing non-stop Greek & English hits, all night long. Fusing all the best Modern Laika, Greek Club, Greek Classics, English club anthems, RnB & Garage.

If the dance floor gets too hot for you – you can take your drink to the roof garden where there will be Greek souvlakia for sale provided by Taste Of Cyprus Cheshunt.

Grab your tickets below for only £10.

Please note: no ID no entry. No trainers allowed.

To buy tickets for this event please visit our events page: LGR Presents… The Start Of Summer Party tickets from Skiddle.