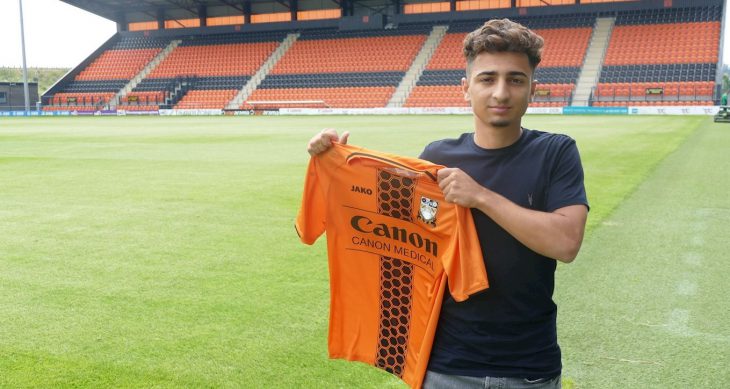 The young Cypriot midfielder joined the club’s academy at a young age and has gone onto to make two appearances from the bench for the Bees first team, all of which came in April 2019.

The Bees academy graduate was delighted to agree his first professional deal.

He said: “I’m really happy, I am really glad to sign, it feels like it’s been a long time coming and I am looking forward to starting the new season.

“The club has given me a few opportunities to express myself and I feel like I have learned a lot over the past few years.”

“I have been working hard in the off-season and I can’t wait to meet up with the boys again. I’m raring to go.”

Darren Currie, who has seen Vasiliou progress through the Academy, was full of praise for the Barnet youngster.

He said: “Antonis is a wonderful player with a box of tricks; we think very highly of him.

“He’s clearly showed huge potential in the youth team last season and earned one or two opportunities to train with the first team and he lived up to expectation.

“He did very well when he was given the opportunity toward the back end of last season and we’re delighted to agree a deal with him today.

The 18-year-old will join up with Darren Currie and the rest of the first team squad for pre-season ahead of the 2019/20 campaign.


Article written by Barnet FC
We use cookies to ensure that we give you the best experience on our website. If you continue to use this site we will assume that you are happy with it.OkPrivacy policy