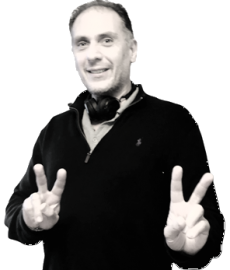 GREECE A FAVOURITE FOR TONIGHT’S SEMI-FINAL OF EUROVISION

Tonight Greece compete in the Second Semi-Final of Eurovision which airs at 8pm BST.

18-year-old Stefania Liberakakis takes to the Ahoy Arena in Rotterdam in her country of birth. She was born in Utrecht in the Netherlands to Greek parents from Sofiko Evrou in Greece.

It a progressive well-built song, atmospheric and up-tempo on top of swirling hooks. Stefania dramatically drips over a cocktail of bass lines, scintillating strings and a “Ooh oh oh” refrain drives the up-beat vibes. She is a very good vocalist and in rehearsals Stefania nails a big note at the end of this song.

She is likeable, amenable, telegenic, even gives a cheeky wink to camera, all in all, a lovely pop-package.

The Eurovision veteran Dimitris Kontopoulos and music production ARCADE, composed and produced the tune, with lyrics by Sharon Vaughn. Teaming up with creative director Fokas Evangelinos has certainly proved fruitful, and with his reputation as the innovative stage creator, Greece has an ace up their sleeve.

The staging is immensely creative, with its hi-tech, green screen wizardry. The digital invisible dancers with hoodies or other bodily parts are fun elements, which look really cool. At one point Stefania climbs invisible steps, and there’s a bit Stefania and her dancers come together as song progresses.

It’s 80’s aesthetics with blues/purple neon and a city skyscraper, which works with the retro feel to this song.

It is visually arresting, very different and unique than anything else in this year’s Eurovision line-up.

The Eurovision odds favouring Greece as 10th or so in winning outright, and 4th as a semi-final favourite to advance through to Saturday night.

It has been 8 years since Greece was a Top 10 in the finals, 2013’s, still-great ‘Alcohol is Free’. The team have pulled out all the stops to qualify and to conquer the left-side scoreboard.

In Mr Neophytou’s view, “The stage act is a very slick, professional, and the creativity is really good. It’s a catchy Eurovision song and enjoyable, let’s hope the public has the appetite to lap this up!”

The Top 10 qualifying countries are through to Saturday night’s sing-off.

Stefania performs in the running order of 17 at slot number #4.

London Greek Radio wishes Stefania and Greece the best of luck in the competition.