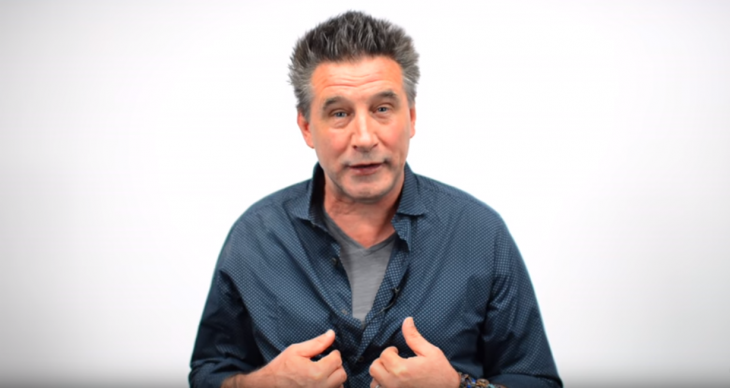 Actor William Baldwin, who is currently in Cyprus to film ‘S.O.S. – Survive or Sacrifice’, which is being shot in and around Limassol said he loves the island.

Filming started earlier this month. It is a production by Atladium, which began operations in Cyprus in 2017 and specialises in feature films, television series and other video productions.

Altadium said the project was made possible due to the support from ‘The Initiative of Cyprus Investment Promotion Agency – Film in Cyprus’. With an aim to attract investors to its audiovisual industry, Cyprus launched “Olivewood” last year.

Speaking during a news conference in Limassol, Baldwin said he always wanted to visit the island as one of his best friends lives here. His stay was only a few days but “I definitely want to come back for more time,” he said. On a break from filming, he told Cybc he loved the food and had eaten lobster at a restaurant in Limassol.

The actor said that from his personal experience, the tax relief scheme the Cypriot government applied for the development of the audiovisual industry was expected to significantly boost the local economy and tourism.

Producer and actress Marianne Rosset, who is also in the film, and her husband Vitaly Rosset, expressed their satisfaction that they were contribute to the development of the film industry at the local level and to the promotion of Cyprus abroad through ‘S.O.S. Survive or Sacrifice’.

“We want to show how perfect Cyprus is for producing films,” they said.

The film, directed by Roman Doronin, is expected to be released by the end of 2020.

According to the script, two sisters, Kate and her younger sister – Liz, arrive at a seaside resort. At the hotel, they realise that the hapless Liz has left her passport at the airport. The sisters quarrel. Liz stays in the hotel room while Kate goes out for dinner, alone.

At a bar, Kate meets a travel blogger – Michelle, and her buddies: a local entrepreneur – Andreas, and a tourist – Nick. Andreas offers the two lovely ladies an unscheduled, impromptu ride on his tourist hot-air balloon.

As the result of a freak accident, the wind carries the balloon far out to sea. Their cell phones are out of range, and the gas canisters won’t last long. If they ditch in the sea everyone will drown.

A thunderstorm is approaching, and sharks begin to circle in the water below, but that’s not all: unbeknown to Kate, back on land, her hotel apartment has been burglarised, and little Liz has become an unwanted “material witness”.