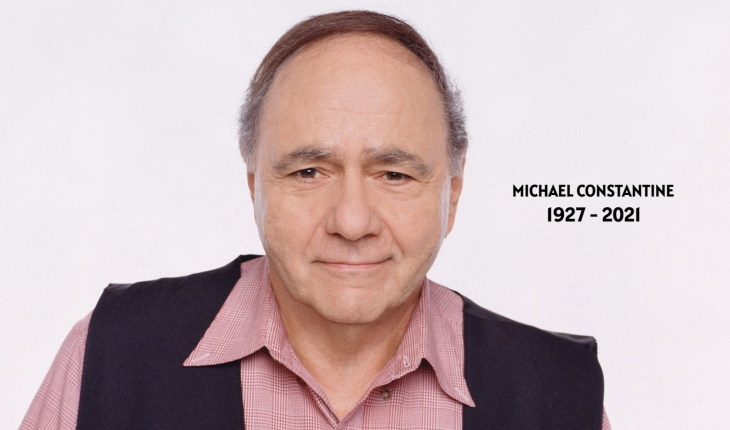 Michael Constantine, known for playing ‘Gus Portokalos’, the patriarch father, in “My Big Fat Greek Wedding,” has died. He was 94.

Constantine was a native of Reading, Pennsylvania and the son of Greek immigrants. He died on 31st August but news of his death has only just been released.

In the film, the highest-grossing romantic comedy of all time, the ‘know-it-all’ Gus was popular for thinking that “Windex” (an American brand of glass and hard-surface cleaner), could cure just about any ailment.

“I’m actually sick of Windex,” he said. “There must have been hundreds of bottles sent to me, and then there were all those people who asked me to autograph their Windex bottles.”

His character coined the iconic phrase in the film’s franchise, “There are two kinds of people,” he reminds Toula, (Nia Vardalos) “Greeks, and Everybody Else who Wish they was Greek.”

Actress Nia Vardalos paid tribute to her on-screen father on Twitter, writing: “Michael Constantine, the dad to our cast-family, a gift to the written word, and always a friend. Acting with him came with a rush of love and fun. I will treasure this man who brought Gus to life. He gave us so much laughter and deserves a rest now. We love you Michael.”

He was born Gus Efstratiou on 22nd May 1927, the son of an iron worker. After attending Reading High School and a stint as the manager of the dairy department at his local grocery store, he didn’t really know what he wanted to do for a living. A chance encounter with a friend who had left for New York to become an actress convinced him to follow her lead.

Constantine eventually studied acting with Howard Da Silva (Broadway’s Oklahoma!) and spent nearly almost two years with the ‘Inherit the Wind’ company. He then played a character based on attorney Clarence Darrow opposite Dean Stockwell, Roddy McDowall and Da Silva in ‘Compulsion’, a dramatisation of the Leopold and Loeb murder trial.

In ‘The Miracle Worker’, he portrayed Anagnos, the man who put Annie Sullivan (Bancroft) with the Keller family.

Constantine made his big-screen debut alongside Mickey Rooney in the death-row- themed ‘The Last Mile’ (1959), directed by Howard W. Koch. He soon proved adept at TV guest-starring roles in the 1960s, appearing on The Defenders, Naked City, Dr. Kildare, The Untouchables, The Twilight Zone, Perry Mason, Ironside and The Flying Nun.

He had a regular role as one of the apartment-building residents, a photographer, on the 1966-67 NBC sitcom ‘Hey, Landlord’, created by Garry Marshall and Jerry Belson, and he starred as a night court judge on the 1976-77 NBC comedy ‘Sirota’s Court’.

Constantine won the Emmy for best supporting actor in a comedy in 1970 for playing ‘Seymour Kaufman’, the jaded principal at L.A.’s fictional Walt Whitman High and was nominated the following year as well.

The series, created by the soon-to-be legendary Mary Tyler Moore Show and The Simpsons co-creator James L. Brooks, was ahead of its time, featuring an integrated cast that tackled serious contemporary issues during its five-season (1969-74) run.

Constantine also portrayed Big John, a pool-playing associate of Minnesota Fats (Jackie Gleason), in Robert Rossen’s atmospheric The Hustler (1961) and was among those taking a whirlwind tour of Europe in If It’s Tuesday, This Must Be Belgium (1969).

He also played an intelligence officer from behind the Iron Curtain in Don’t Drink the Water (1969), a film version of Woody Allen’s Broadway hit.

On the stage, Constantine served as Paul Muni’s understudy in the original 1955-57 production of Inherit the Wind on Broadway and then appeared with Patty Duke and Anne Bancroft in The Miracle Worker, playing the head of the institute for the blind.

Constantine was married and divorced twice. He is survived by his sisters, Patricia and Chris and his adult children, Brendan Constantine (Son) and Thea Constantine (Daughter).

Our prayers and condolences go out to Michael’s family and friends.